At the July 2021 meeting of the American Association of Plant Food Control Officials (AAPFCO; Arlington, Virginia), the organization recognized a new method to measure water-extractable phosphorus (WEP) for fertilizer products. The results from this method highlight the slower release of phosphate-phosphorus from biosolids-based (and other carbon-based) products. AAPFCO also determined that making labeling claims of slowly available phosphate for carbon-based products was allowable.

AAPFCO is an organization of officials from state departments of agriculture. It’s voting members are the Control Officials who register and regulate the distribution of fertilizer, soil amendments, and liming agents (and, sometimes, pesticides and animal feed) in each of the U.S. states, territories, and Canada. The organization creates model laws and regulations to assist interstate commerce of these agricultural and horticultural staples. Its primary goals pertain to consumer protection, by requiring truth in labeling, and uniform regulation among states and territories.

In response to regulations regarding phosphorous fertilizer usage, AAPFCO developed recommended language regarding Fertilizer Restrictions for Urban Landscapes, as well as other related Statements of Uniform Interpretation and Policy to assist states to develop regulations.

Unfortunately, many have been overzealous in their regulation of phosphorus, almost eliminating even maintenance applications on turf. Likewise, many states also have ignored relevant science, regulating all phosphate sources the same. They ignore the actual mobility of the phosphorus in different materials. In these states, granulated biosolids and compost are subject to these regulations ­— the same as chemical-based fertilizers – if they make nutrient claims and, sometimes, when they don’t.

To illustrate the difference between phosphorous in biosolids-based (and other carbon-based) products and those found in many chemical fertilizers, Ron Alexander, Industry Liaison to AAPFCO for the U.S. Composting Council (USCC; Raleigh, North Carolina), researched a means of differentiation.

To claim that carbon-based products contain lower amounts of WEP, which is potentially more mobile, an acceptable lab method had to exist or be developed. These efforts led to the identification and evaluation of the SERA-17 WEP test method. This method originally was developed for manure and biosolids.

Several organizations drafted letters in support regarding the recognition,  measurement  and reporting of WEP concentrations. They include

Working with Pennsylvania State University and Colorado State University, USCC proposed to AAPFCO both the SERA-17 WEP test method and a definition for WEP. The importance of this claim relates not only to the potential negative environmental effect of highly soluble phosphate sources, but also helps biosolids-based product customers better manage nutrient addition for proper plant growth.

At the July 2021 AAPFCO meeting, the test method for WEP was found to be acceptable. However, sampling methods need to be further “fleshed out.” The definition is expected to become official at the next AAPFCO meeting, which is scheduled for February 2022. The definition states that “water extractable phosphorous is the amount of phosphate in a carbon-based fertilizer that is readily water soluble, as determined by the SERA (Southern Extension & Research Activity)-17 test method.”

The final piece of the puzzle involved illustrating how testing for WEP content of carbon-based products could be used to make slow-release phosphorous claims on fertilizer labels, while following existing labeling regulations (and formats. The example below shows how to note the amount of phosphate that is not water extractable; this portion is claimed as “slowly available phosphate.” After discussion at the AAPFCO Uniform Bills Committee meeting, it was determined that making slowly available phosphate claims for carbon-based products was, in fact, allowable.

The slowly available phosphate claim can be a tool for biosolids product manufacturers who market registered fertilizer products (or those products that have a nutrient claim). Not only can it educate product customers and regulators about the characteristics of phosphorus in biosolids-based products, but it also may lead to more well-informed nutrient management practices. 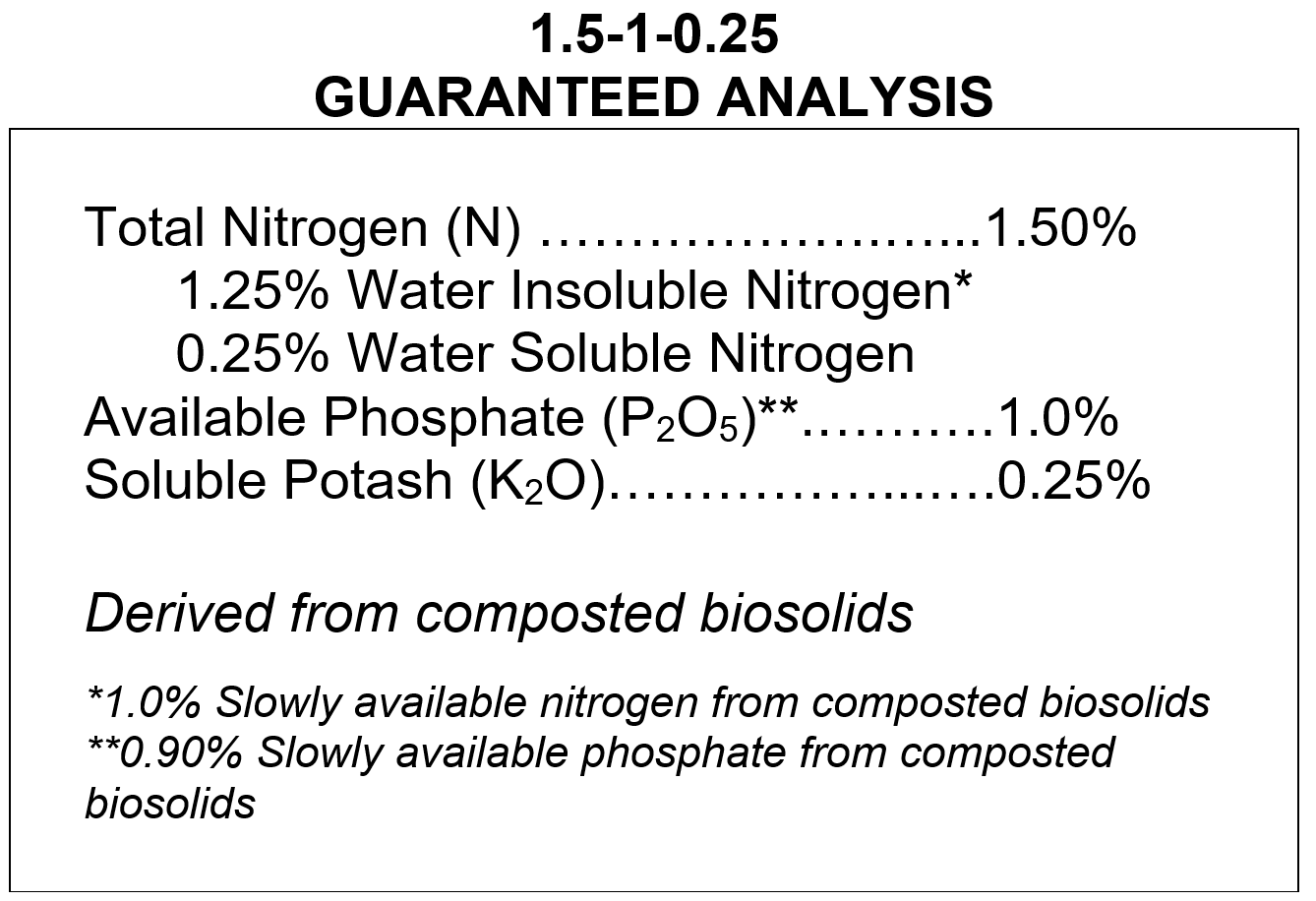 Ron Alexander is President of R. Alexander Associates, Inc. (Apex, North Carolina), an Industry Liaison to AAPFCO, and a WEF Member. He is author of The Practical Guide to Compost Marketing and Sales and possesses more than 35 years of experience in organic recycled product market research and development. He can be reached at [email protected].

Return to the WEF News Hub